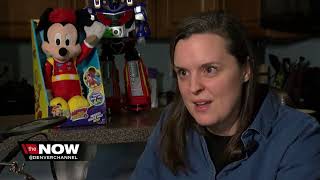 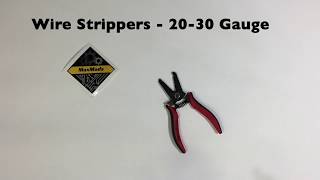 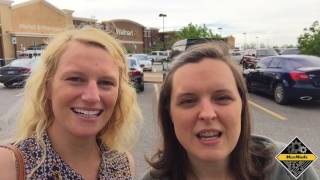 It's not just a toy.

In 2005, our son started speech therapy. Our son has exceptionally rare medical conditions that delayed him from reaching the normal milestones we expect to see from kids. At that time, he made few sounds that weren’t laughing or crying. I was eager to see progress and hear the profound thoughts that my 2 year old was not yet able to vocalize.

My wife took him to most of the speech therapy appointments. In the evenings, she would describe what they were working on and how Max was participating. Despite the complexity of all his medical challenges, we wanted him to progress in speech therapy for two reasons. First, speech therapists are often the people you are referred to when you need therapy help with swallowing. Max had trouble swallowing at that time. And second, we were convinced that if he could simply speak his words, he could express the things making him cry and maybe, just maybe he would be able to speak like the rest of us.

When you start down the road with a special needs child; you face many hurdles of frustration, disappointment, moments of hope, exhaustion. If we’re honest, most of us simply are trying to survive and find out to maximize our child’s life within the bounds they have been presented.

I remember one occasion when I was able to attend the speech therapy appointment. The speech therapist worked with Max on pressing a button and causing the toy to move. The button was essentially an on/off switch for the toy. Max would light up when the toy would move or bark or make other noises. Mom and speech therapist were very excited but I sat there confused - realizing I should be excited because of their responses - on how this related to speech therapy and why they were so excited.

Max mesmerized by the moving giraffe he was activating, 2005.

The speech therapist tried to explain to me that if Max could press a button to make a toy move, he could press a button to control a computer. I work in technology but I didn’t understand how pressing a single button (e.g. a mouse click) was going to allow him to talk. I pressed the conversation a bit but realized I was ignorant and this space and let it go for the time.

Later that same year, Max received his first AAC device. AAC stands for Assistive and Augmentative Communication. This is a device or computer that speaks or talks when a person interacts with the screen. If you think of modern tablets and phones that can talk or read to you, these devices speak the words they are directed to communicate. His first device was a very primitive scanning device that would present 4 options to Max for him to choose.

Max and mom, practicing with his first AAC device, 2005.

I watched with amazement as the same button he learned to use with the toy now became the means for him to access the AAC device and answer questions. What started as play became Max finding his voice and his ability to communicate with his world.

Max still has speech therapy twice a week. He is 11 years old now. He is on grade level in school and uses an AAC device (his “talker”) to communicate in class, with his family and friends. This very disabled little boy has a brilliant mind and a clever sense of humor that we would have never known about if he hadn’t learn to press a button and make the giraffe move.

Max in school using an AAC device to communicate.

Would you help support their Christmas campaign?